We all love deals, especially when it comes to software, cloud services, & business products. Recently I came across a deal on AppSumo that had promise and a crapload of controversy – all over eClincher. The AppSumo-eClincher debacle was a

first for me on this forum. I learned that when you want something, there's no room to be shy or silent or you might miss out on an opportunity.
New services pop up daily promising Solopreneurs and Entrepreneurs a peace of mind when it comes to managing their multiple Social Media accounts. eClincher was no different.
The offer was for LIFETIME access to the eClincher Sumo Plan that would include:

In the first 2 days, I was on the fence as my fellow Sumo-lings were hashing things out with the eClincher founders and AppSumo founders. Some awesome questions and suggestions by Sumo-lings who actually tested the services and tweaks were made to the deal.
The buffoonery began as other Sumo-lings began to display their inability and/or refusal to comprehend the promo, if they even read the promo, or go through the free trial-motions that eClincher offered on all five of their packages.
The deal was for $49 to access a slightly better option than their basic offer for a LIFETIME access. If you paid for an upgrade, you would pay monthly or annually (one-time discount) at a discounted price and if you wanted to downgrade for any reason, you would be placed back on the AppSumo level with NOTHING MORE TO PAY – EVER! Plus AppSumo has a no questions asked 60-day refund policy.
You can't effing lose.

Here is where the foolery tapped danced all over this deal.

In the span of almost seven days, the comments on the product grew from confusion to annoyance to outrage and insults. The bulk of these unfounded comments seemed based on assumptions – despite the details posted on the page.

It was as though the consumers wanted no responsibility for reading and comprehending the deal. Rather, they placed the bulk of the comprehension on the promoters and creators of the deal.

Two traps I found common with many of the comments were that they were blatantly giving poor/misleading comparisons to other services.
They wanted LIFETIME access to rescheduled content automation for their social media for ten profiles on up to ten platforms including the 2000 posts per month. NO SERVICES PROVIDES THIS. NONE OF THEM.
The second trap was folks comparing apples and oranges in terms of services that various providers offered and the cost. Too often the term “similar to” was confused with “exactly like” and then misleading conversations began. For those who were already paying hefty monthly fees, they felt paying with another company was no true advancement.
Instead, there was a constant flow of accusations that AppSumo should have brokered a deal that would get them damn-near everything under the sun and then some — all for the one-time fee of $49.

The Importance of Accuracy & Clarity

One of the downfalls for this deal was the misuse of terms for different services. Post scheduling automation, post recycling were interchanged without hesitation. This was on the side of eClincher and Sumo-lings.
This helped to lead to serious confusion and poor comparisons as Sumo-lings gave false claims of auto-recycling services being offered for free as standards across the industry with industry leaders (MeetEdgar, Hootsuite, and Buffer).

Testing Things for Myself

These comparisons to MeetEdgar, Buffer, and HootSuite were unfairly made and taken to the extreme. For example, neither of these companies offer a one-time payment for auto-rescheduling of social posts or integrated Google analytics and white-labeled analytical reports; yet some Sumo-lings demanded that eClincher should have done so.
Startup or not, no company has gone that far and provided high-quality integrations and services so why treat this provider in such a manner with bloated, unrealistic expectations?
** insert side-eye here **
I went to the mentioned sites (Hootsuite, Buffer, SocialPilot, Zoho, Tiempy, and others) and compared myself. I figured perhaps I missed something along the way and these other providers added various new plans in the past year.
Nope.
The majority of the claims were incorrect and the misleading conversations were addressed but kept coming over the days. Over 300 comments flooded the deal with deceptive chatter.

Stretching the Truth to Win A War of Words or Just Greedy?

be incorrect. I liked that the Admin, Olman Quesada, broke down the comparisons one by one and with proper examples.

This Sumo-ling stated [see pt. 1] that the eClincher deal was so terrible that it was not worth anything beyond $10 all because they couldn't access “automation.” Unfortunately, many commentators confused automation of posting to their social media with automated recycled content.
Time and time again AppSumo and eClincher posted corrections to these misunderstandings but they were not sticking. Perhaps this was because commentators were simply refusing to read previous comments and responses or they were not going to accept the explanations – no matter what.

A comparison with eClincher's Free and Paid tiers to various other providers Free tiers was made. A way to claim these providers were offering their content recycle services for free. Alas, that turned out not to be accurate.
Instead of admitting that all of their “top free service providers” had limitations, the Sumo-ling wanted to pretend that simply posting various links and claiming how great the “free versions” are over eClincher should suffice.
Unfortunately for them, Olman did not let that statement or post go by unanswered. He went in and checked their claims and posted a great response proving that all of these providers have limitations and none were giving half of what eClincher offered for their LIFETIME deal.
From the amount of social media profiles offered, the number of posts users can send out monthly, to the integrated services – everything combined outweighed what so many were complaining about.

Over 300 comments later, the deal vanished with a message from AppSumo's Olman, apologizing for the “upgrade discount situation” on the deal being offered.
I was annoyed with AppSumo (for shutting down the deal and taking the hit for the deal not being liked by their community) and the commentators (for bashing the deal with bloated and unreasonable demands). Normally AppSumo notifies us that a deal is shutting down hours before they drop the curtain. But that was not the case here.

Saving the Deal for Myself

Based on the hoopla that spiraled out of control, they simply just things down in the blink of an eye. For me, and a handful of other Sumolings, that sucked as we were in the middle of testing things out and figuring out what we liked and didn't like. Once my initial shock of the promo ending so quickly faded, I reached out to AppSumo to see if I could still get the deal. Why should I lose out on managing multiple accounts because a few folks were too greedy?

Unfortunately, AppSumo confirmed that they could no longer sell the deal once they shut it down. So rather than give up completely, I headed to eClincher to ask them if we could work out a deal.

Happy to say that despite the AppSumo-eClincher debacle I have been happily using the eClincher discount and so far so good. There are still some options I'm setting up but using this in conjunction with Joocier has been top notch!

How To Find A Web Designer (or Developer) That Fits You

You Got Hacked, Now What? 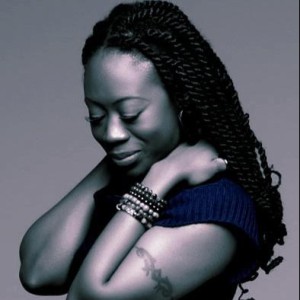 Be Part of the Conversation

With 20 years as a full-stack website developer, my mission remains to help Solopreneurs transform clicks into profit by combining the best technology & proven branding strategies to help you launch your website so you can succeed in your business.

This Branding blog is intended to help you learn the latest trends & figure out which ones work for you!

Let’s connect with on social media for various exclusives just for those channels.

Get The Latest Updates

No spam, notifications only about new products, updates.

We are not fans of spam, so trust, we will not be on that tip.

Transforming clicks into profit
one website at a time.